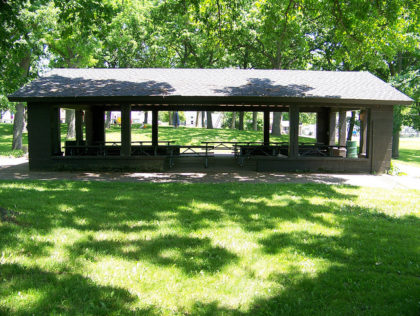 The new church met in a park shelter at Lake Edge Park that summer.

“Johnstone moved to Madison in August and led services in the park. Those were challenging, nomadic times. There was no meeting space, no office. A rumored briefcase of office supplies had been assembled and misplaced, not to resurface until four years later. After two or three days of near-panic she relaxed: “We’re just going to make this happen.” By fall the church had a minister’s office at the Atwood Community Center and an indoor Sunday meeting place.”